More people than not love and listen to music regularly. And if you’re the type who loves music, chances are you may also be interested in or have already engaged in making your own. This can be an amazingly positive hobby for anyone at any age or juncture in life.

But if you plan to produce your music for real income, the whimsy of making music can quickly become entangled with business traps and triumphs. We introduce the producer agreement. In short, this agreement defines the parameters of duty and moneys between the music producer, musician, and any other involved parties. To understand this crucial document, its best to first have a basic understanding of how music production works.

Obviously, a producer is involved with production. The same concept applies here. The music or record producer is a sort of “project manager” for the creation of the music itself. This can apply to creative input on songs, managing funds and communications, mixing and mastering, and more. You can have a producer who is highly involved or you can have one who only gets involved when a particular situation calls for it. These parameters can fluctuate greatly and would all be spelled out within the all-important producer agreement.

Having a good producer-fit for what you are trying to accomplish is paramount. Perhaps you need someone who will trust all creative aspects to you. Or, maybe your ideal producer will provide professional input on all things. If you don’t have the producer that’s right for you, you can all but forget a successful outcome. This is why musicians often “shop” producers.

But now let’s say you have found the perfect producer and want to lock-in on contract. You have to be sure the contract spells out all issues clearly and beneficially to you. This is where the infamous stories stem from – musician gets deal, becomes wildly successful, but by contract terms, sees very little benefit. This can be a very sad plight, especially for those who may have accomplished so much. Take example from some these unknowing artists:

Buddy Holly reportedly had extensive problems with his label releasing music of his due to particular contract interpretations.

The Beatles ended up with pennies on the dollar for much of their work because of an incredibly unfavorable contract signed into by them.

Rapper, “Clipse” suffered a multi-year, record release delay, and subsequent punishing album sales due to a contract clause that made it his problem when his record company merged with another and subsequently had an effect on contracts spelled out like his.

If we cared to, we could continue on with countless examples just like these. The industry is full of winners and losers. And by making sure your contractual agreement is not some crafty invitation to a gouging, your success will be all that much sweeter in the end.

If you are a budding musician thinking about going professional, do not just walk into a producer’s office and get signed up. An entertainment lawyer is what you need in such a situation. With a strong representation of client interest, the right entertainment lawyer can oversee any such dealings, making sure they work out to the client’s benefit.

Perhaps it is also important to clarify that we do not have some overall, negative view of the production industry. There are plenty of amazing professionals who are devoted to their musicians. However, you must remember that they are in it for a profit as well. They have attorneys and know-how to guarantee it and so should you.

In conclusion, we must again repeat: producer agreements are extremely important. Having someone represent you who knows the game is only the smart idea. Don’t take another step further into the process.

Rockabilly Piano Players Made a Huge

Advantages Of Being a Music Producer

Crucial Considerations for Using and 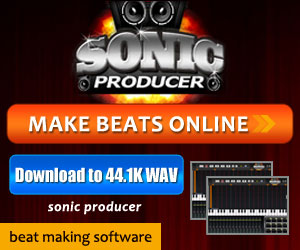